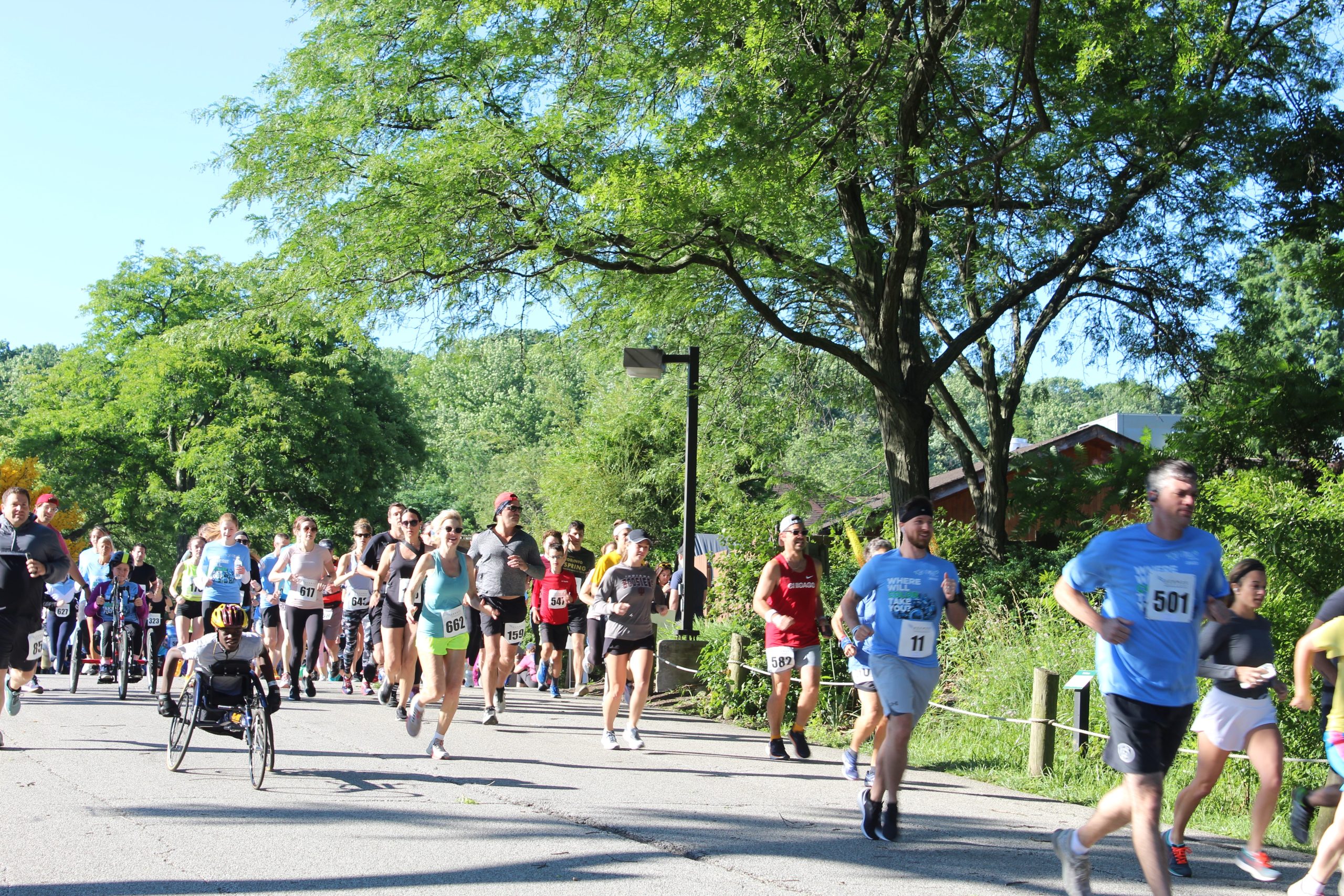 Youth Challenge enjoyed its largest fundraising race ever, thanks to a partnership with Sherwin-Williams Women’s Club. Over 1,000 people gathered at Cleveland Metroparks Zoo for Where Will Color Take You? 5K and 1-Mile Walk & Roll on June 18. Attendees had three races to choose from:  a Kids’ Dash, a 5K and a 1-Mile Walk & Roll. YC participants and volunteers joined other members of the Youth Challenge and Sherwin Williams’ community in racing through the zoo.  View 5K race results here. 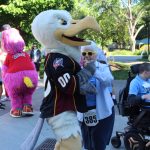 Attendees enjoyed music from DJ Rimon, as well as carnival games, snacks, and ice cream in the Palava Hut. YC even had an adapted art station.  Many local mascots joined the party, including Slider and the Tribe Hot Dogs from the Guardians, Moondog from the Cavaliers, Magnus from the Cleveland State Vikings, Skipper from the Lake Erie Captains, and Sully from the Cleveland Monsters. The Chick-Fil-A cow and Chewbacca from Star Wars also made appearances!

Dave Hardman, President of the Board of Trustees, had the vision to support Youth Challenge through an annual Race Day in the 1980s. For over 35 years, his family continued his legacy by supporting this annual event. The Hardman Family not only participated in the race but also helped support the event as a Friend Sponsor.

Youth Challenge raised over $80,000 from the event, including $30,000 from the Sherwin-Williams Foundation, matching $25,000 in sponsorships, and $5,000 in individual donations. The event would not have been possible without each of our sponsors: