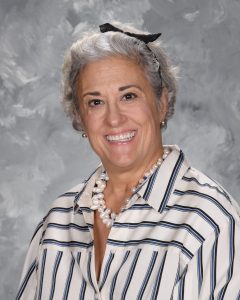 As a mother of five and the administrator of Ruffing Montessori School, Lori Coticchia has devoted her life to serving children.

When Lori’s oldest son Pierce signed up to volunteer at a bowling activity at Youth Challenge, Lori realized the impact YC not only makes on participants but also volunteers. Each of Lori’s five children followed in their older brother’s footsteps and became volunteers, and she got to see firsthand how teens learn compassion, empathy and patience while helping at YC.

“The participants and volunteers become friends, equals,” Lori said. “What other organization can brag about the lasting effects volunteerism has on the volunteer? I suspect not many.”

Lori has served as a trustee at Youth Challenge for almost 20 years. When her husband Michael passed away in 2014, her family created the Michael L. Coticchia Memorial Fund as part of YC’s endowment, designated for teen volunteers. Lori has held a variety of roles over the years and was elected as president of the board of trustees in 2019. She served until Dr. Chris Hardesty took office in 2021 and is still a member of the executive committee. When Lori is not working, she enjoys spending time with her family, scrapbooking, traveling, and cheering on her alma mater, the University of Notre Dame.