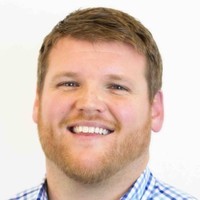 Joining Young Professionals for Youth Challenge (YP4YC) was the impetus Jud Cummins, now a YC Trustee, needed to become more involved in his community. At first, Jud thought that getting engaged with YC would be great professionally. Almost a decade later, Jud is still highly active with YC, and we are better for it! “Personally, I’m thankful and proud to be a part of Youth Challenge,” Jud said.

Jud has been involved in sports from a young age, so he was immediately drawn to the connections YC makes through sports.  Now a coach for his son’s various sports teams, Jud still finds time to connect with YC through sports. He was right in the action during our recent Adapted Ice Breaker Hockey Program with Shaker Varsity Hockey, slinging sleds and helping athletes get on the ice.

In his work at a medical equipment company, Jud met families across the country who could use the services provided by Youth Challenge. He’s certain that programs like YC’s are needed in many communities across the country. And it’s not just about the sports – Jud has also been involved with awarding college scholarships to YC volunteers through the Shining Light Program. He told YC he’s constantly impressed with the quality of the young people that give service to Youth Challenge!

Jud (right) volunteers with fellow YPs at a past YC Race Day.Jud now serves as the Director, Category & Product, at Vitamix, where he’s worked for nearly eight years. In his spare time, he loves coaching his son’s sports teams, attending Cleveland Guardians games, and watching his all-time favorite TV show “The Wire.”

Youth Challenge is lucky to have Jud on our team. From helping direct our organization in the Boardroom to connecting with participants and volunteers at programs, Jud constantly shows his passion for our mission. We look forward to when his son is old enough to volunteer at programs, too!